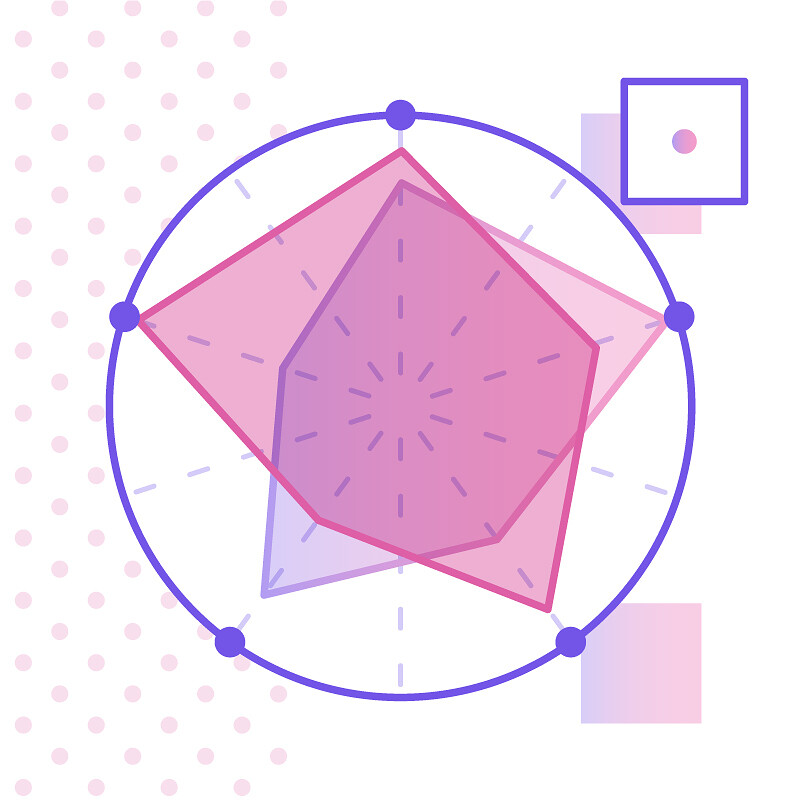 What is a Radar Chart?

A radar chart (also called a spider chart, polar chart, or star plot) shows multivariate data. It is used to plot one or more groups of values over multiple (three or more) standard variables and compare them on a two-dimensional plane.

The name of this type of chart came from its shape within different axes emerging radially from one central point and – typically – are equally distributed.

The usage of radar chart

It displays how the value of a given concept is changed over different parameters.

Mainly thanks to aggregating multiple data in one space, making data-based decisions can be more accessible.

Despite their advantages, there are some major flaws with this type of charts.