John W. Tukey, the founding member of Princeton’s statistics department and the author of the software term,  once said that if you torture the data long enough, it will tell you anything. His work of life was to take boring, flat data and bring it to life through visualization. However, he was aware of the misconstructed data. It leads to publishing misleading visualization, which results in the audience’s mistrust. Let’s check then what design factors make visualizations stand out? How can designers convey the meaning of data with desired clarity? Read the article to find out.

How do we perceive data?

Data visualization focuses on human sight, and cognition is the most incredible natural phenomenon. Human brains work in such a way as to catch the most critical information and ignore the irrelevant from our point of view. It is also how we perceive data visualization. The well-constructed data that is logical for the mind we immediately consider essential and irrelevant information.

Sometimes, however, we deal with misleading visualizations, which are not always the result of bad intentions, although incorrectly presented data still can be misleading. Our eyesight focuses primarily on the quick search for essential information. Before deciding on a specific data visualization, you need to think about a particular design, choose a visualization method, and predict what result you will achieve.

The purpose of a readable data visualization and design lay in well-contrasted colors. The higher degree of color contrast may believe that value disparities are more significant than they are.

A great example to show the color contrast is a heatmap. It depicts value magnitude with color. Mostly, high values appear orange and red, lower, on the other hand, are rendered in blue and green.

What’s vital in presenting data via heatmaps is the additional context. So if you want to achieve well-perceived data sets, make sure color is more than a way to differentiate between data series. Introducing the high-contrast color pairings will make your viewers notice greater degrees of data disparity.

Mistake 2: The faulty use of 3D graphics

Presenting data via 3D graphics introduces severe problems for data visualization that you have to mind.

The most crucial problem is the perspective that arises when generating a 3D chart, which causes its elements to be inclined at an angle. It distorts the data, making it difficult to read and compare it due to the illusion that the elements closer are larger. Second, it creates a false hierarchy by showing some elements in the foreground while the rest are in the background.

In addition, such action causes completely unnecessary elements, such as side surfaces, to be added to the graph, which distracts from the actual purpose of the visualization.

To avoid unnecessary occlusion and distortion, think of instead presenting data in 2D. 3D graphics may seem engaging, but they are potentially obstructive when dealing with important information that confuses relationships between data series.

Mistake 3: Too much data depicted

All designers have the same problem – what to include in the quest to obtain clear communication. Visualizations may become a mixture of various information sets with too much data, resulting in the viewer’s headache.

Multiple data is hard to read because our brains can’t compute the meaning of multiple values abstracted in visual form. Thus, specific steps need to be taken.

As the designer, you should consider that information overload applies to data visualization. Try not to present too much at once. Instead, the excellent practice uses multiple visualizations to maintain a more effective output.

Depending on the source and reasons to use, data varies. That’s why designers, to present data aesthetically, decide to manipulate scale values on graphs. One of the common mistakes is omitting the baselines. Another deals with truncating the X value of a data series to make it comparable to the lower-values series.

When designing the data visualization with charts, don’t forget about the aesthetic appeal that subordinates the accurate data representation. If you omit baselines and truncating scale, you act unethically as your actions deal with intentional exaggeration or minimization of data disparities.

We all know that suggestions can result in persuasion. That’s why the text accompanying the visualization should only inform the viewer of the objective context without manipulating their perception of the data.

When dealing with one-sided texts, you should recognize it as the result of drawing correlations between datasets. Most often, such texts come from clients. The designer’s task is to acknowledge it and flag the issue. Thus, it’s worth applying the right strategy to understand the client’s intentions and decide what sort of accompanying text should be implemented in the design.

Each data visualization method is designed to be used in various cases. Let’s take an example of a line chart. Its role is to show the trend of the data at specified intervals. They work great for showing the change in prices over the year but are useless for comparing separate data categories. The same story goes with other types of charts.

As the good practice says: “data visualization methods aren’t one-size-fits-all,” you should pay attention to what you exactly mean to showcase and what sort of method would be the best for your data display. However, keep in mind that all sorts of variables’ sake are to communicate.

Visualizing the correlation is an excellent way to understand the broader context of the presented data. It consists of overlapping representations of several data sets, allowing you to see their mutual relations. Thanks to this technique, we can improve the understanding of the data we visualize. However, we cannot overdo it because we can make them challenging to read through the excessive use of overlays.

What can you do about it? Think of highlighting the correlations with multiple visualizations that exist close. This will allow you to evaluate the data and find connections between them.

The standard method of depicting the most crucial data is zooming in. It’s often used in financial reports, where two-axis – time and money – coexist to show the spectacular effects. Visualizing the financial performance deals with establishing the substantial numbers over short periods, allowing the viewers to feel business thriving. However, you reveal that the company may experience an extended decline over some minor upswings when zooming out.

To avoid the wrong impression and false data reading, consider refusing such type of method. If zoomed-in visualizations don’t correspond with the whole data story, let your audience know what’s the big picture.

Visual design components are read with the help of the viewer’s cognitive systems. These include icons, color schemes, and fonts. Suppose you ignore the connotations that work for the human brain while implementing the visual components and put much more effort into creative expression. Doing so can cause the final project to be misinterpreted by unnecessarily distracting the viewer’s attention from the most critical issues.

The designer’s task is to use such ways to make the data visualization easy to understand. Think about avoiding viewers’ distractions and not forcing them to re-read the visualization correctly using common visual associations. Remember always to make sure that your data will be read and perceived in the desired way.

Since people like visuals more than texts or numbers, we often face a situation where the graphical representation of data is overused. You don’t need data visualization to present your data.

An excellent example of a situation when using visualization is not the best idea is when we want to present a minimal amount of data, e.g., one or two numbers. Then the use of visualization could unnecessarily complicate the data reading or even distort it. In such situations, we should often present the data in the form of a single number or text, formatting it to help in its interpretation, e.g., using color or bold letters.

Data visualization is the purest and most insightful communication tool. Like any tool, there are times you can use one or another to depict your message.

Your task is to understand that it snapshots the analysis that bears the numerical reality in an eye-catching fashion to focus the viewers’ eyes on what matters.

With the clues above, you will probably omit the common data visualization mistakes and understand that your data need various visualization methods to grasp people’s attention.

Feel free to contact us once you find yourself in a trap of what’s good and what’s troublesome in your designs. 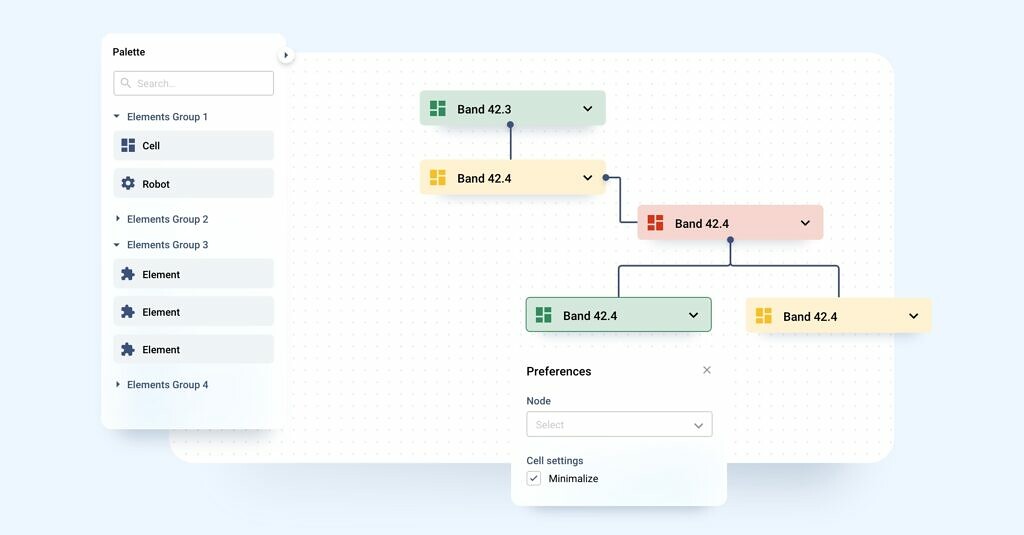 What is a Production Monitoring System, and how can it improve manufacturing processes?

Why is production monitoring critical? Manufacturing is a very complex process, and each part of it has the potential for significant optimization, which could increase profits and reduce production costs. Conversely, each part of the process can malfunction and lead to unnecessary expenses, material losses, delays, or workplace injury.  No wonder, then, that a Production Monitoring System (PMS; sometimes called Shop Floor Monitoring System) is necessary for companies in all manufacturing industries – whether it’s pharmaceutical, food, chemical, or automotive production. What is a production monitoring system? Production monitoring, or shop floor monitoring system, allows production managers and operators to monitor… Related posts: What is P&ID? (Piping and Instrumentation Diagram)?
P&ID (Piping and Instrumentation Diagram or Drawing) is a technical... Custom Business Diagrams – Importance, Use and Examples
Most companies and corporations support their processes with various tools.... Ten reasons to choose custom charts and graphs
Perfect diagramming software is a myth. At the same time,... 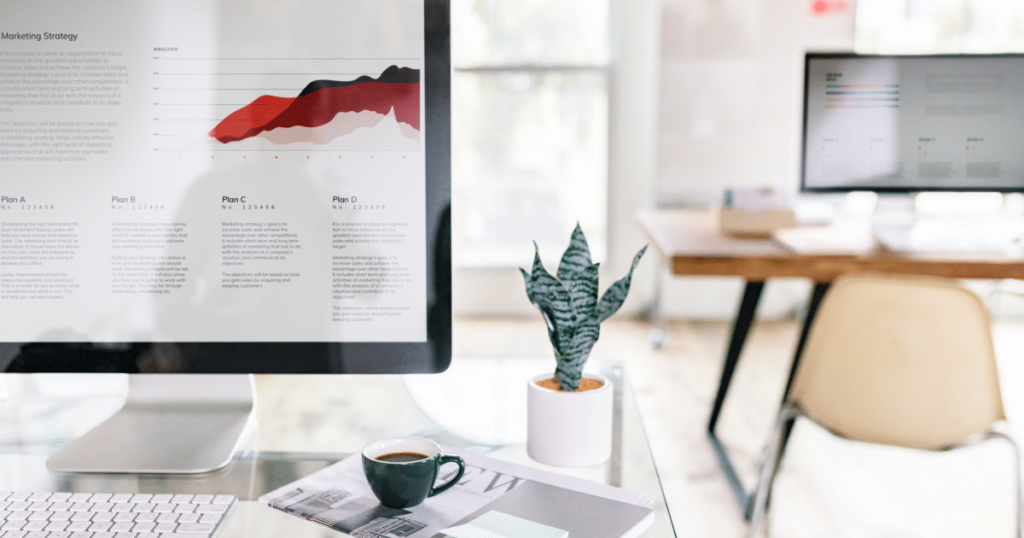 How to do your null-checks safely in JavaScript

Checking if the value is null or undefined in JavaScript (and TypeScript) can be a real headache and doing it incorrectly can lead to unexpected errors during runtime.  In most strongly typed languages the value can be either null or not, however that’s unfortunately not the case in JavaScript.   In JavaScript, you will encounter null or undefined. To make life even harder, there are also double (abstract ==) and triple (strict ===) equality comparisons which combined with null/undefined confusion can be a challenge, especially for beginners.   Let’s start with a little theory, and later I’ll guide you through examples and finally show you a painless (and safe!) way to do the null checks in the code.  Equality comparison  There are three value-comparisons in operations in JavaScript:  == Abstract Equality… Related posts: Effective front-end development with GoJS
Our developers specialized in front-end solutions sometimes deal with initially written... TypeScript 3.0. What Has Come?
Nearly two years after the release of version 2.0 and... Avoiding Any in TypeScript – Advanced Types and Their Usage
TypeScript gives JavaScript developers an opportunity to provide strict types...